It's all about the tease...

I'm gonna quit apologizing for not updating the blog.  Most of you are stalking me on Twitter & Facebook anyway, right?  (And if not, why not?)

So, what's going on with me?

Well, I'm working feverishly on JJD4, and I'm pretty sure I actually have a title now!  I know, I know, I've said that before, but I've actually started using this one around the house, and I still don't hate it, so I think it's going to stick.  I'll announce it soon, hopefully in conjunction with finishing the first draft of the book.  Don't think I'm gonna make my November 1 deadline, but that's mostly because I should have copy edits coming in on Peacemaker sometime next week, and then I've only got two weeks to turn those around.

(Copy edits are not as fearsome as they sound.  I actually rather enjoy it, and I hope to have them turned around over a single weekend)

Unfortunately, that particular weekend also coincides with some major system upgrades at the Real Job, so it's entirely possible that I may be trapped doing stuff for them too.  Bleh.

Once I get JJD4 done, and Peacemaker copy edits turned in, I'll be returning to The Musicbox Girl to see if I can revise it per my lovely agent's input.  At the same time, I'll be starting the process of getting cover art commissioned for JJD4, and lining up some editing and such so that I don't totally embarrass myself.

Hm...let's see, I feel like I was supposed to do something else... 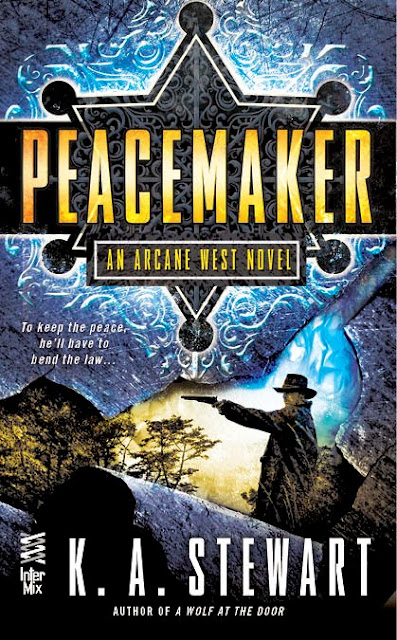 (Yes, I totally made you read all the way through my blog post to get to see the cover.  I am bad, and I should feel bad.)

Peacemaker will be out January 21, 2014, and is available for preorder now.  Remember that it's going to be an ebook-only thing first, and then if I have enough sales, they'll think about doing it in print.