Once again, Robin Ludwig Design has knocked it out of the park. 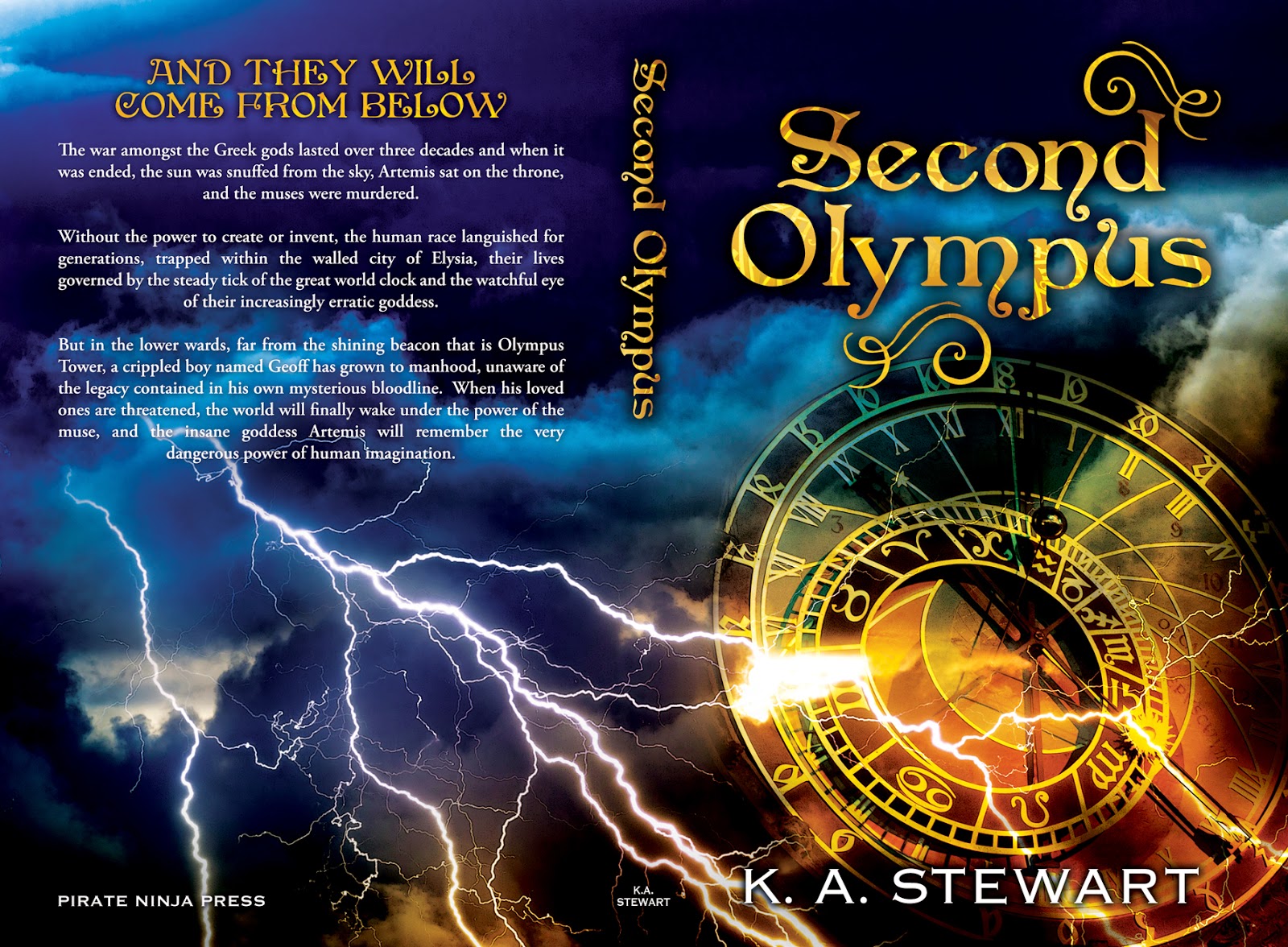 For those who want to read the back, you can click on the pic to make it bigger, or here's the text:


AND THEY WILL COME FROM BELOW

The war amongst the Greek gods lasted over three decades and when it was ended, the sun was snuffed from the sky, Artemis sat on the throne, and the muses were murdered.

Without the power to create or invent, the human race languished for generations, trapped within the walled city of Elysia, their lives governed by the steady tick of the great world clock and the watchful eye of their increasingly erratic goddess.

But in the lower wards, far from the shining beacon that is Olympus Tower, a crippled boy named Geoff has grown to manhood, unaware of the legacy contained in his own mysterious bloodline. When his loved ones are threatened, the world will finally wake under the power of the muse, and the insane goddess Artemis will remember the very dangerous power of human imagination.


And just another close up of the front, 'cause I lurve it! 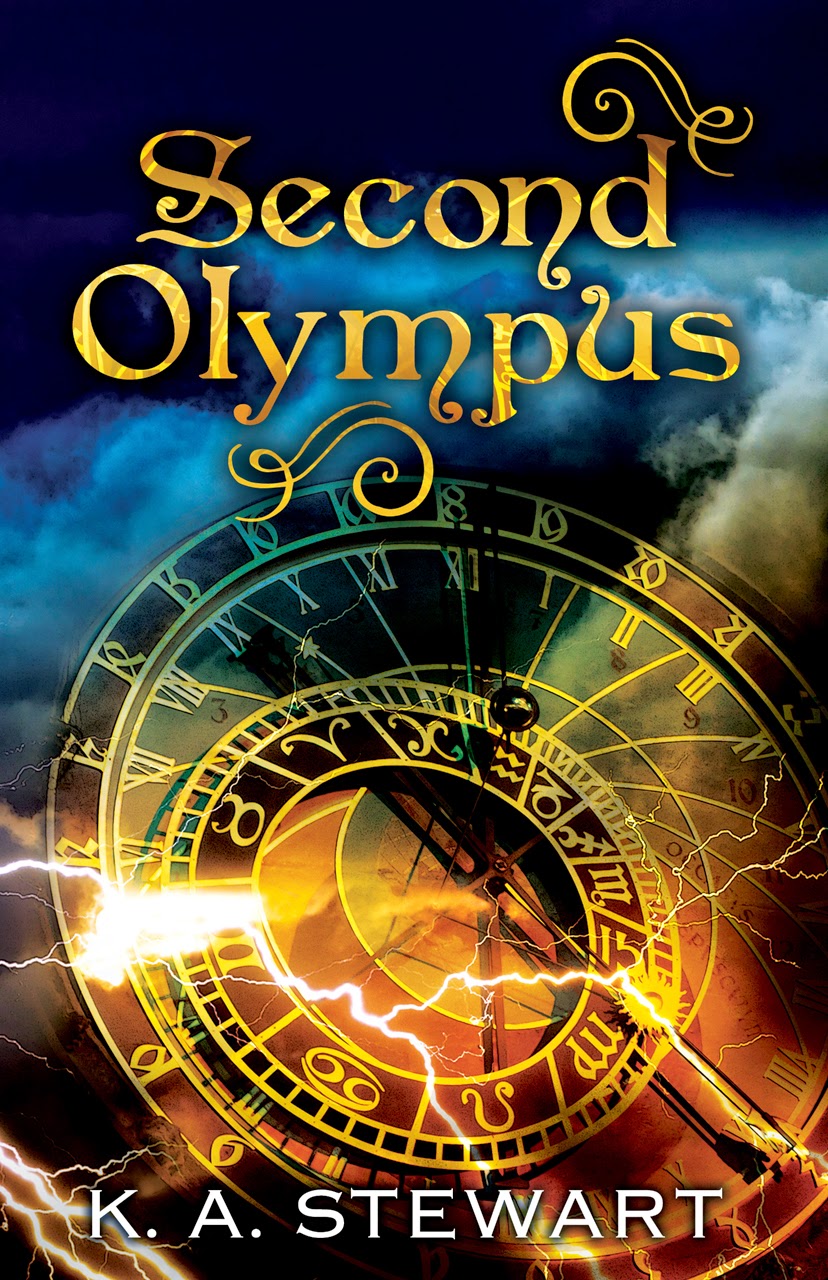 Current plan is to try and have the preorder option processing by tonight, with an eye to an April 21st release date.  Most likely, I will release the print copy a few days prior to that, to make sure that everyone can READ it on the release date.

This is a beautiful cover! And the concept of your book is fantastic! Can't wait to read it!

Thanks so much! This one is near and dear to my heart.