You know you guys love it.
First off, the obligatory reminder about the joint book signing coming up in July! Be there, folks!

Ok, what I am giving away this time is 5 (that’s FIVE) copies of the Ace/Roc summer sampler!

And you’re saying “I don’t want a sample, I want the whole book!” Ah ha, but see what we have here:

BUT! You also get excerpts of five more books that aren’t due out until September and October! Lo, I give you summaries: 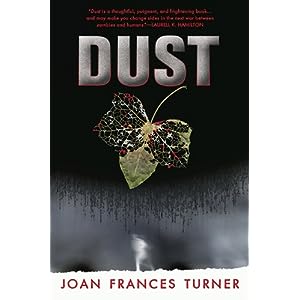 But now, Jessie and the Fly-by-Nights have seen new creatures in the woods—things not human and not zombie. A strange new illness has flamed up out of nowhere, causing the undeads to become more alive and the living to exist on the brink of death. As bits and pieces of the truth fall around Jessie, like the flesh off her bones, she’ll have to choose between looking away or staring down the madness—and hanging onto everything she has come to know as life…

I’ve been eyeing this one for quite a while, and when I got these samplers, I turned to this one first! Had to find out if I could make it through the excerpt without putting the book in the freezer. And hey, I did! This is going on my “zombie-phobia therapy” list, for sure. 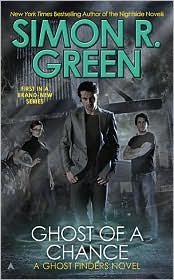 A brand-new series from the New York Times bestselling author of the Nightside novels!

The Carnacki Institute exists to "Do Something" about Ghosts-and agents JC Chance, Melody Chambers, and Happy Jack Palmer will either lay them to rest, send them packing, or kick their nasty ectoplasmic arses with extreme prejudice.

A new series from an author I love anyway. How does this get any better? 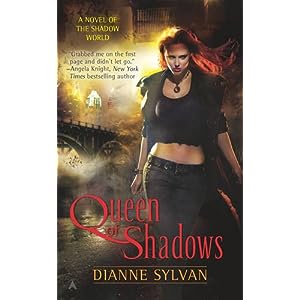 Meet Miranda Grey-music and magic are in her blood.

Overwhelmed by her uncanny ability to manipulate people's emotions through her music, Miranda Grey comes to the attention of vampire lord David Solomon. Believing he can help bring her magic under control, David discovers that Miranda's powers may affect the vampire world too... 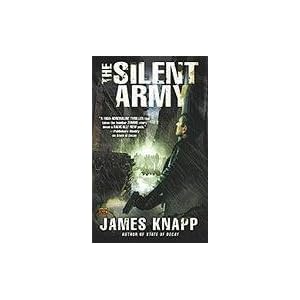 The pulse-pounding sequel to State of Decay
Federal agent Nico Wachalowski must stop Samuel Fawkes from awakening his own private army of zombies even if it means killing the woman he loves-now resurrected as a "Revivor"-permanently.

I haven’t read the first one of this series, but I most certainly will now. (Consider it more therapy for my zombie phobia) 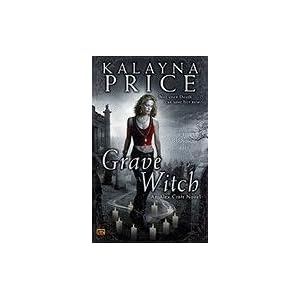 Not even death can save her now.

As a grave witch, Alex Craft can speak to the dead-she's even on good terms with Death himself. As a consultant for the police, she's seen a lot of dark magic, but nothing has prepared her for her latest case. When she's raising a "shade" involved in a high profile murder, it attacks her, and then someone makes an attempt on her life. Someone really doesn't want her to know what the dead have to say, and she'll have to work with mysterious homicide detective Falin Andrews to figure out why...


And there you have it folks, you can get little peeks at all of these mouth-watering choices.

I will, of course, sign my portion, and if you can wait until after July 10th to receive your prize, I will have Kasey sign her portion too! (It’s up to you to stalk the other five authors to get their John Hancocks)

So! To enter, leave a comment. No tricky questions this time, just let your shout-out be heard. On Friday, July 2nd, I will use a random number generator to pick five lucky winners.
Posted by K.A. Stewart at 11:08 AM

I never win anything!!
Synde

*jumps up and down*
ooh! pick me pick me!

Sounds like a great chance to preview some awesome books!

I read the first Simon R. Green book in this series - the second is in this sampler. it was really good. The rest looks interesting as well!!

Me please! That thing looks cool.

I'd love to win a copy of the sampler. There are a couple novels I haven't seen anything about yet, and it would be cool to preview them.

Would love to be in the running, please - if you're willing to post it to Australia :-)

Count me in! I'd like one for my blog for summer reading recommends.:)

I love Cookies and Brownies and so should you!

Count me in! Wish I could go to the book signing, you need to come out west! :)

Can I win this one? Please?

I love samplers (particularly from publishers who publish books I know I like)! And thanks for the book rundown. Very cool.

This contest sounds great! count me in!

And one last post to add an entry for Twitter friend AudryT, who had a problem posting here.

Contest entries are over!